FROM THE NATIONAL ADMINISTRATOR

It has been a challenging time for everybody and the IPRA Aus Executive Committee hopes you are coping in what has been an adverse year for motorsport.

The Executive Committee this year has had a series of video conferences to meet and work through a number of issues that have arisen.

As a result of the interpretation on blocks, the IPRA Aus Executive Committee held an “Aftermarket Engine Block” survey of our members in 2019 to gauge general sentiment among competitors. Members were asked: “Should aftermarket blocks be permitted in IPRA?”

The results of the survey were 28 members in favour of aftermarket blocks and 103 against.

Other proposed changes for 2021 include items in the intent documents available for download below:

We all hope that next year members can return to racing in a substantial way and travel restrictions relax so the 2021 Nationals can be held in Queensland.

Suggested principles for the IPRA, consistent with the Mission, Vision & Strategy.

Read the latest minutes taken from the National Delegates meetings.

Be A Part Of It

Get into one of the largest forms of motorsport in Australia. There is a Improved Production Racing Association in your state.

Join hundreds of driver around the country and experience the competitive cost, thrill and excitement that only Improved Production Racing can bring.

Improved Production (IPRA) is one of the fastest growing categories of circuit racing in Australia. Improved Production cars are defined as 'commercially available touring cars' and are allowed a reasonable level of modification to allow both the racer and the designer room to create an exciting form of race car.  Improved Production Racing have clubs in each state which are affiliated members of the Confederation of Australian Motor Sport (CAMS).

An Improved Production race car is defined as a modified road car intended for race track use, and is made popular by the fact that it is fast, and relatively inexpensive (as race cars go...) Based on a production body shell, and then carrying out limited modifications to engines, brakes and suspension proved to be a popular formula with both beginners and experienced competitors alike.

At the recent IPRA AUSTRALIA National board meeting held in Sydney mid August 2018 the implementation of a National subcommittee to handle all technical enquiries for 3 J Improved Production Regulations was established.

The committee is to be known as The NATIONAL TECHNICAL COMMITTEE (NTC) The appointed chairman is Mr Steve Cherry who is supported by panel members Gary McKay , Gary Cook , Grant Maitland and Greg Hartnett. The very knowledgeable committee is responsible for providing advice and recommendations to the National Board and CAMS on the 3J Regulations for 3J Improved Production.

The NTC was established to provide a central point of contact where regulation inquiries or clarification could be sought in timely and uniformed manner. These responses will be documented, and an audit trail created for future reference should it be required at any time in the future. To seek clarification on any Improved Production Regulation it is recommended that a state Technical Officer be contacted in the first instance or a Technical Inquiry Form (NTC F1) which is available for downloading from the national website be submitted to the NTC.

It is envisaged that with the formation of this committee that over time the 3j regulations will become a much more clearer and understandable document and will in turn see a more uniform implementation of the regulations throughout the category.


Yours
IPRAA National Board
READ MORE 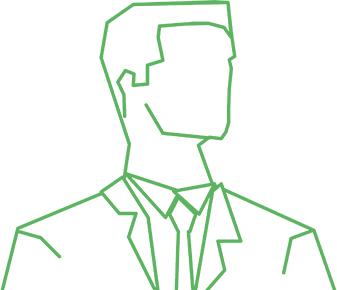 State Delegates Working For You.

State delegates are volunteers who donate their precious time to ensure each state is equally represented and to convey each states proposals and objections into a national forum for further consideration.